My 21st Century Restoration of the Blog 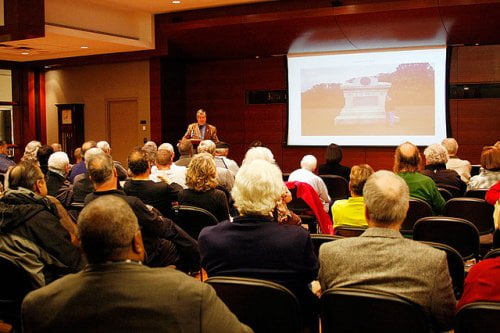 Hello!  How are things?  Glad to have you reading this blog on a day you could have spent doing other things but, hey, here you are.

Because I don’t tweet, I blog.  Tweeting is twitter and Jonah Goldberg writes, ““Twitter is like someone took the practice of blogging, put it in a centrifuge, and reduced it to its essence. At least good blogging requires making arguments, marshaling facts, etc. Twitter at its worst, and most effective, strips that stuff away like discarded corn husks. Twitter is the fentanyl of blogging.”

Tweeting is blogging for those who don’t like ordinary keyboards and prefer thumbing a tiny rectangle of glass of their cellphone.  God gave us thumbs to make us special among the primates, so that would could develop tools, feed ourselves, go to NASCAR races, and play Call of Duty Black Ops II.   Not to tweet at 4 a.m.  No subject is that important.

My advice.  If you want a future political career, don’t tweet.  Not even to family!

A better life is reading a good book and ignoring cable news.  One I’m trying to find time to read is Tanya Landman’s Buffalo Soldier.  Interesting twist on characters.  The protagonist is a black girl who lives and fights the end of the civil war in a Union cavalry unit!  Interesting.  The Union army was segregated, so if she was in a Union cavalry regiment, she was keeping her race a secret.  Several women fought as men in actual Union regiments.  Landman’s slight twist makes for a good novel about Buffalo Soldiers.

My interest is the 10th U. S. Colored Cavalry regiment of Buffalo Soldiers were stationed at Fort Larned in 1867.  A high trajectory blast from a 32-pound howitzer from my farm will land in the Fort Larned parade-ground.  https://www.nps.gov/fols/learn/historyculture/buffalo-soldiers.htm

I’m not on the Fort Larned Chamber of Commerce but if you want real history, come see the place.  (“Where Custer’s Indian Wars began …”)  Many decades ago my senior partner and Bob Dole made the preservation of this fort happen.  Its now, we brag, the best preserved frontier cavalry fort in the National Park system.

My other back of the envelope suggestions are by the same author, Mark Twain.    Because it has been banned in many woke school districts and from the libraries of libs, I’m going to curl up re-read Huckleberry Finn.  I’m also going to enjoy “Pudd’nhead Wilson”.  Both are classical literature.  The irony of modern wannabe book burners banning Huckleberry Finn because of the “colloquial English” employed by Twain in his description of Jim, is that all good writers have critical ears for dialect.  Clemens heard it, and wrote Huckleberry Finn in the dialect of the era.

Pudd’nhead Wilson is even more interesting.  A young slave woman, fearing for her infant’s son’s life, exchanges her light-skinned child with her master’s. It’s a funny novel with a subtle dark side that sticks a knife in the thorny issues surrounding slavery.

Langston Hughes describes the antebellum Wilson as involving a young man who is “an heir to wealth without knowing his claim on the wealth is false, who lives free but is legally a slave and

who cannot accept the truth.”  If Hughes recommends the book, that should get it by the Teacher Union hoodlums who want it and Huck banned.  Shades of Ray Bradbury’s Fahrenheit 451.

Now, let me say there are good reasons why Huckleberry Finn is not an appropriate school drama or fit for dramatic readings in front of an unprepared crowd.  Especially a woke crowd.  If read out loud, the language would make people of all races cringe.  That does not mean it has no literary value.

Another book, To Kill A Mockingbird, is on the book-ban list.  Was Harper Lee a racist because she described a southern murder trial using the “n” word because that was how blacks were described back then.  Should she write a book never using the words actually used in Maycomb, Alabama in the 1930s?  Or is the book to be banned from high schools because one of the central themes is Atticus Finch’s view “that you should walk around in other people’s shoes to understand them, … until you climb into his skin and walk around in it.”

Critics claim that Harper Lee puts these words in Atticus’ mouth, but doesn’t really follow through.  Scout doesn’t really climb into the skin of the black characters of the novel.  Tom Robinson, his wife, and Calpurnia the maid are portrayed as docile because that was the way blacks were portrayed on other literary devices in the early 1900s – Gone with the Wind, for example, and those horrid Shirley Temple tap dancing movies.  Do we spend much time in the skin of Tom Robinson, the beaten and abused, Mayetta Ewell, or even the mentally ill Boo Radley?

President Obama’s farewell address in 2016 quotes Atticus Finch, “start with the premise that each of our fellow citizens loves this country just as much as we do; that they value hard work and family like we do.”  Obama asserted that fighting racism and bigotry requires both political and social change.   I don’t usually have anything good to say about Obama’s presidency, but his exit remarks I certainly agree with, although I do not define “political and social change” as including burning, looting and violence.

Clemens wasn’t biased, either.  Samuel Clemens/ Mark Twain was personally and unwaveringly for the emancipation of slaves in the 19th Century when that was not universally admired.  He did more than talk.  He paid for at least one black American to attend Yale Law School at a time when that just was not done.

Enough said.  Off to the patio easy chair and to Huck, Aunt Polly, Jim and Pudd’inhead Wilson and all the literature the woke among us don’t like.