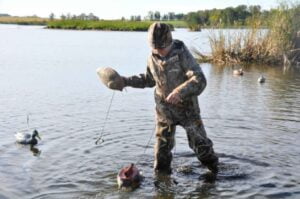 They have shot Mallard Fillmore.

The wonderfully conservative and a funny comic strip by Bruce Tinsley has been shot by the Gannett Newspapers. Cancel cultured.

We’re not sure whether Tinsley received a last cigarette before he was blindfolded and stood against the wall. The barbarians.

The Gannett’s brass, idiots all, told Tinsley some of his content was “too controversial.” The one that got him was making fun of the LBGT movement.

Those of you in big cities where the Gannett syndicate is the only newspaper in town are missing good humor. All presidents take shellacking from cartoonists and satirists. All Presidents should!!!

Does Gannett think Biden can’t take the heat? Trump had to take it. Obama took it. Are the Gannett newspapers a self-appointed umbrella so it never rains in Spain for President Biden?

Ironically Doonesbury, a liberal cartoon strip several decades ago, was cancelled for the controversy of claiming Nixon’s Attorney General John Mitchell was “guilty, guilty, guilty” before he pled guilty! Beetle Bailey was cancelled by the Army in 1973 (Vietnam aftermath) because the strip made fun of officers. Which those of us enlisted Army, Navy, Marines and USAF know is derision that is well deserved!

Sometimes the cancellations are short lived. Some of Doonesbury’s were soon reinstated. Let’s hope Gannett gets rid of the woke nutballs that infest its editorial staff and they bring back Mallard Fillmore.

Thankfully Gannett doesn’t represent all the newspapers in America. Those of you in bigger cities will have to take small town red state newspapers to keep track of “Wisdom of the Duck!”

Mallard is still alive and quacking in our town!!

Meanwhile, there is no truth to the rumor that Gannett pulled the comic strip because the President looks at the Mallard Fillmore comic strip and said, “I don’t get it. …”

Dean Halliday Smith is a fifth generation Kansan, a Vietnam vet, a lawyer, and grandfather several times over. His interests are Bleeding Kansas territorial days, the civil war, and post-war western novels.
PrevPreviousWe Are All Americans.
NextCRT Is Not Ban-ibleNext