I am an aficionado of Western novels. I like the work of Elmer Kelton, Zane Grey, C. J. Box, Craig Johnson, that sort.

Most Westerns feature the cowboy as the self-reliant loner who comes along in time to save a town from marauding outlaws. Consider Shane: He has no first name but attracts the eye of the mom and becomes a hero to her boy when he fan fires a Colt revolver with uncanny accuracy. Who wouldn’t want a grown-up buddy like that!

Or Gary Cooper facing down several gunmen at “High Noon.” Or John Wayne in “The Shootist” or “True Grit.” Or Kevin Costner in “Dances with Wolves” (in my opinion one of the best and most accurate Westerns ever).

Or you get a Jimmy Stewart character, Rance Stoddard, who rides his law training into a long career as a U. S. senator on the back of having mistakenly been cheered as the man who shot the gunslinger Liberty Valance.

Frontier lawyers were somewhat akin to cowboys or sheriffs. Some even carried pistols. In the 1890s in Marquette, Kansas, a local lawyer was accused of “bill collecting by pistol,” waving a pistol in the debtor’s face to convince him to pay up. The state Supreme Court told the lawyer to stop that and play nice.

Courtrooms were not always available. County seat towns were settled, and then courthouses were built. Nice big buildings took time. Until then, the town’s largest rooms — Masonic buildings or local saloons — served as the borrowed courtrooms.

Lawyers were loners like cowboys. Most practiced law by themselves. Few had secretaries. Some had clerks. However, there were no mega firms on the frontier. A two-person firm was a big one. Rarely did they ask colleagues for opinions on how to try a case or to get certain evidence into the case. They had to learn how to try cases by watching others and seeing what seemed to work.

The term for it was the new lawyer had to learn “how to kill his own snakes.”

Sometimes the arguments between lawyers turned to fisticuffs. The protest “objection!” might be followed by the objector whacking flat the other attorney’s hat — which in them days was fighting words!

Few early Kansas lawyers had formal legal educations. There were few law schools, none in Kansas. On the frontier, and until the 1920s or so, most would-be lawyers “read law.” That is, they clerked in offices of other prominent lawyers until they learned enough law to go out and “kill their own snakes.”

The background of a judge was all over the lot. Many were laymen, like judge Roy Bean. Those who were lawyers often were not the best lawyers. Judges were appointed — usually by the president or the governor.

Mark Delahay came to Kansas as a publisher in Leavenworth before the Civil War. A buddy of Abraham Lincoln, he was eventually nominated for the federal bench by the president. A grumpy rival publisher wrote the only bench Delahay was suited for was one with two holes in it. He was probably right. Delahay was impeached by the U.S. Senate in 1873 for “exceptional drunkenness.”

Even Lincoln recommended clunkers once in a while.

Frontier lawyers had different degrees of ability. Gen. William Tecumseh Sherman, before the Civil War, was briefly a lawyer in Leavenworth. He called himself a lawyer, although some would say he was more of a bill collector. Lawyers, to practice, had to be on the approved list of attorneys of each local judges.

Arriving in Leavenworth, Sherman asked judge Samuel Lecompte to put him on the judge’s list, but when asked, Sherman had to admit he had not clerked for anyone important, nor attended any law school. All Sherman had done was review Blackstone’s Commentaries while a bored young second lieutenant stationed in Florida in the 1840s.

Lecompte admitted Sherman to the Leavenworth bar “on grounds of general intelligence.”

One of the best Kansas lawyers at the time was Sherman’s partner, Daniel McCook. In the Civil War, McCook was mortally wounded along with 3,000 other dead and wounded in a charge at the battle of Kennesaw Mountain that his old law partner, Sherman, ordered. After McCook’s death, Sherman never again ordered frontal assaults.

Modern lawsuits take years to get to trial because of the interrogatories and depositions that get taken all over the country. There was nothing like that on the prairie. Trials were seat of the pants operations, “trial by ambush” the norm. Litigants exchanged bills of particulars — formal statements loosely based on facts surrounding the litigation. Litigants brought their witnesses to court and put them on, questioned them, then summed up the evidence to the judge or jury who hopefully remained awake.

Women had a hard time breaking into the practice. Jennie Kellogg was the first woman admitted to the Kansas bar, in 1880. Many women practiced long before they could vote. The first female justice of the Kansas Supreme Court wasn’t appointed until 1977.

What lawyers did need was a mind that was quick, basic knowledge of the law, and perseverance. Some had it. Some didn’t. Obviously, the courtroom was a bearpit where ragged justice was sometimes obtained. The head-to-head battles separated the wheat from the chaff. 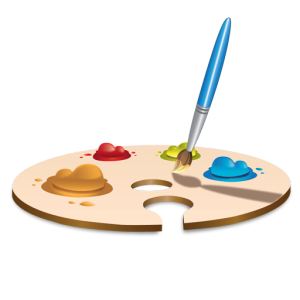 PrevPreviousAn absence of malice: Free speech precedent could be up for grabs in shifting media landscape
NextWith Kansas election season winding down, consider the benefits of being a mugwumpNext